Online Colloquium : On Reading the Chinese Canons: In Search of the Interpretive Context by Prof. Roger Ames (ARTS DOES METHOD Talk)

“Translating” means quite literally “carrying across”—that is, “to remove from one place to another.” To what extent have we been successful in first understanding the Chinese philosophical narrative and then in “carrying it across” into the Western academy? And then to what extent have we been able to grow and “appreciate” (in the sense of value-added) our own philosophical parameters by engaging with this antique tradition?

Wittgenstein famously observes: “The limits of my language mean the limits of my world.” The self-conscious strategy of textual translation, then, must be to go beyond word-for-word translation and attempt to enable students of Chinese philosophy to read the seminal texts by providing these students with a means of developing their own sophisticated understanding of a set of critical Chinese philosophical terms. But more fundamentally, allowing Chinese philosophy to speak for itself requires a cultural translation that informs these same terms. It is in this effort to take Chinese philosophy on its own terms then, that we must begin from the interpretive context by taking into account the tradition's own indigenous presuppositions and its own evolving self-understanding. As a precondition for philosophizing together with the Chinese canonical texts, we must be aware of the ambient, persistent assumptions that have given the Chinese philosophical narrative its unique identity over time. 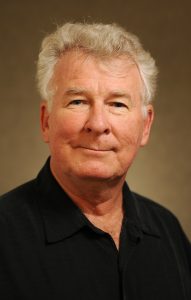 Roger T. Ames is Humanities Chair Professor at Peking University, Co-Chair of the Academic Advisory Committee of the Peking University Berggruen Research Center, and Professor Emeritus of Philosophy at the University of Hawai’i. He is former editor of Philosophy East & West and founding editor of China Review International. Ames has authored several interpretative studies of Chinese philosophy and culture: Thinking Through Confucius (1987), Anticipating China (1995), Thinking from the Han (1998), and Democracy of the Dead (1999) (all with D.L. Hall), Confucian Role Ethics: A Vocabulary (2011), and most recently “Human Becomings: Theorizing ‘Persons’ for Confucian Role Ethics” (forthcoming). His publications also include translations of Chinese classics: Sun-tzu: The Art of Warfare (1993); Sun Pin: The Art of Warfare (1996) (with D.C. Lau); the Confucian Analects (1998) and the Classic of Family Reverence: The Xiaojing (2009) (both with H. Rosemont), Focusing the Familiar: The Zhongyong (2001), and The Daodejing (with D.L. Hall) (2003). Almost all of his publications are now available in Chinese translation, including his philosophical translations of Chinese canonical texts. He has most recently been engaged in compiling the new Sourcebook of Classical Confucian Philosophy, and in writing articles promoting a conversation between American pragmatism and Confucianism.