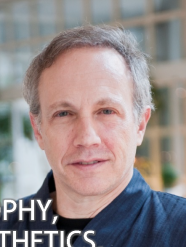 Educated at Jerusalem and Oxford, Richard Shusterman is the Dorothy F. Schmidt Eminent Scholar in the Humanities at Florida Atlantic University and Director of its Center for Body, Mind, and Culture. His Pragmatist Aesthetics is published in fifteen languages. His recent books include Body Consciousness and Thinking through the Body: Essays in Somaesthetics, both with Cambridge University Press, and the bilingual (English/French) illustrated philosophical tale, The Adventures of the Man in Gold (Paris: Hermann). The French government awarded him the title of Chevalier dans l’Ordre des Palmes Académiques for his cultural work.